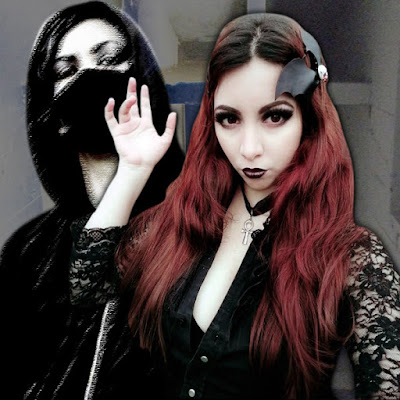 This interview is based in the questions made by our listeners mainly from soundcloud and facebook through the years.

- What is the meaning of Humanfobia word, and why this is misspelled?

Sábila:  I have always liked play with words or with  compound joined words. Apart i always think in make music projects with names never used by other artists previously.

And the meaning is a reflect of the fear of most people: fear to sadness, suicide, nostalgic, death, mental ilness, etc etc.

Our project It has nothing to do with hatred of humanity or aggressiveness or violence of none kind. 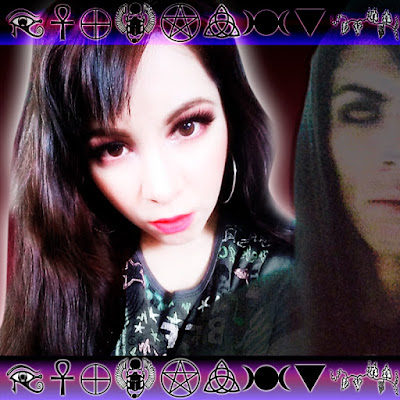 - Why in some tracks sing a Girl and in others there's a male voice?

Mist: The answer is very logical, our project is a duo. Me and Sábila. He sing too. I start to sing just in the year 2018. previously i only worked with some apps making some keyboards. And i joined to Humanfobia helping in the artworks at the end of 2014.

Sábila: the truth is that I have used a mask even before than the  recent pandemic. So i prefer don't appear in the pictures on the social networks for a matter of consider it unnecessary. Apart for a weird reason i have in my mind always the image of synth-pop or latin music duos when i see a couple of different sex representing to a music project. And that looks unattractive at least for me. I feel more like a virtual artist than a person of flesh and bones.

- In which year start Humanfobia?

Sábila: I founded DimensionV in 2009 and i can't remember exactly the day but at the end of October i rename it as Humanfobia. was written with the ascci texts: H∐ϻ▲NҒØɃᏆ▲. The first material was 2 ep's with sound samples used from the public domain composer Thomas Park.

Since 2011 to 2015 was my solo project most tracks was uploaded only to soundcloud and to myspace for that years, and to mediafire with some links in the shutdown DimensionV website. At the end of 2014, Mist Spectra joined to the project.

- What music do you listen to? I can see that you mix a lot of genres in your work.

And of course underground experimental music in the netlabelism. Mainly from the Internet Archive. Was very important for me discover the work of creative commons producers like Sypha Nadon, Thomas Park or Yoshiwaku.

But i listen almost all kind of music except latin pop genres. Neither mainstream electronic genres. I don't like most of metal. Only some doom and gothic symphonic stuff.

Mist: I like a lot of kind of music genres. But my favorites are Darkwave, Death Rock, Gothic Rock & Gothic Metal, specially the Goth Metal in my language Spanish. I also listen New Wave and 80s' music in general. Latin american 80's rock bands like Virus, Upa, Euroshima too. 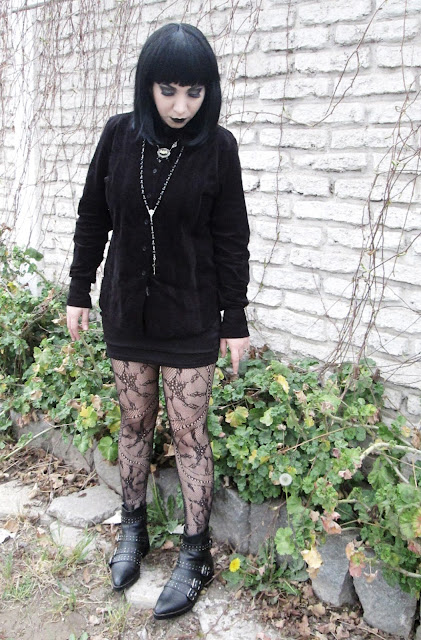 - With the amount of listeners that you have, why you still without sell your music. Any plans of make some profit with your work in the future? Maybe make physical releases?

Sábila: This is maybe one of the most frequently asked questions that listeners ask us. First i have to say that I'm a person who like to separate the paid work of the artistic stuff.

I don't like the idea of getting up in the morning and seeing if I've made money with my music. I like enjoy the whole creative process, i like be totally free in my ideas. And i feel in my personal case, that Humanfobia (and the rest of my solo music projects) must be free for download for all people who are interested on it.

- Mist do you have plans of be part of other music projects apart of Humanfobia in the future?

Mist: The answer is no. I can collaborate in single tracks with other artists. I totally agree with that. But with Sábila i have 100% of liberty in the way of sing, the tone and style of my voice. Apart that we have almost the same beliefs, similar mental states, etc. So with Humanfobia is enough for me. 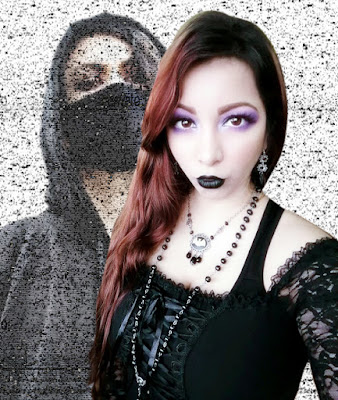 Why you don't play live? and neither you make music videoclips?

- Mist:  Both have "some" mental illnesses that don't allow us play live. And about make videos we don't know how edit videos. And as paranormal fans. We would need a lot of budget to make a ghost video and a kind of horror short film and we are non-profit.... 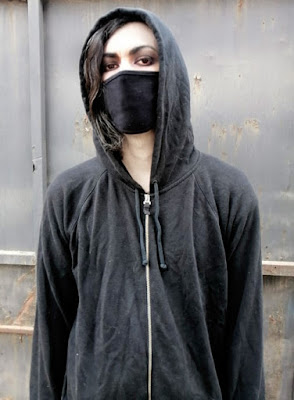 -Which is the point of upload so many pictures of Mist Spectra to your social networks? even in your own artist official pages? 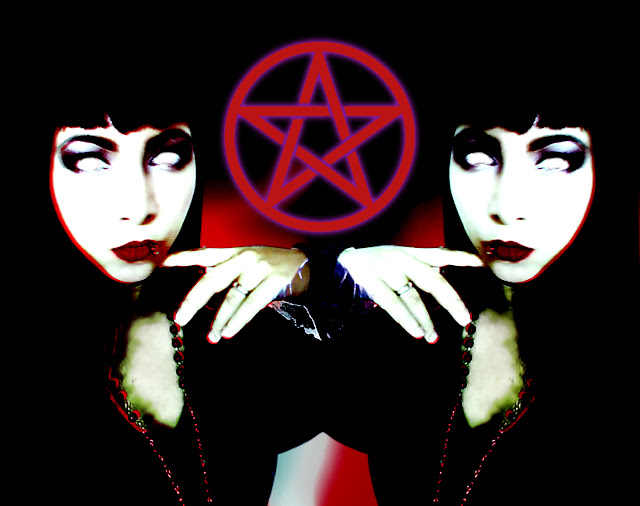 - Why only Mist Spectra appears in the cover artworks and not Sábila?

Sábila: this was answered in the second question previously. 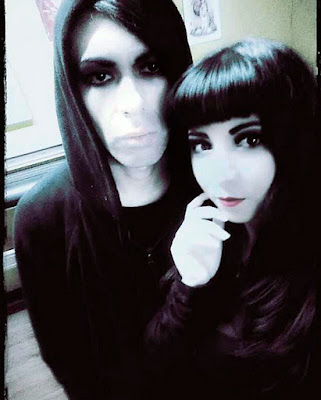 - Are you against the music industry?

Sábila: most people think that if you run a non-profit netlabel you are a kind of anarchist.

In my case i'm not against nothing and nobody. Each artist is free to make whatever they want to & believe-.

- Why you look like goth artists but you don't exactly create goth music? 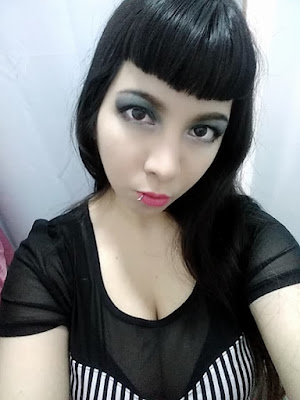 - Where are you from? which are your countries of origin?

Sábila: I was born and raised in the little city of Rancagua in the country Chile.

Mist: I was born in Yumbo Valle near to Cali in the country of Colombia. Also i lived a lot of years in a very bored island called Curazao. Also I lived in Medellin (Colombia) some time. And since 2014 i'm established in Chile.

- Maybe almost all your music is about ghosts and paranormal. Why?

Sábila: I'm totally sure, after study 25 years the paranormal evidence. That the 99% of my existence will be in an immaterial form. Living in an adimensional plane.

Mist: Why don't love paranormal and horror movies is the most interesting thing in this planet. 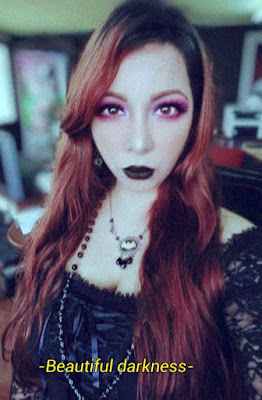 - Are you a Satanic music band?

Mist: First say that we are a duo, not a band with multiple members.

And our beliefs are a mixture of different things, but mainly from gnostic, wiccan, new age, Kardec's spiritism and to the romanticism. We have too much influence of paranormal and horror movies maybe that's why most of people think that we are on the satanic side. Anyway for us is not relevant that people understand our way of think.

Sábila: Black Metal aesthetic was created by the pop rock band Kiss. You can go to listen "Fadades" and you will understand my vision of satanism.

Also i have a deep influence visually talking by Japanese and Thai Horror Movies. Also from horror & cyberpunk anime mainly from 80's & 90's. Even abandonware video games like Catacomb Abyss, Heretic or Hexen helps in my childness to distort my mind.

From my country Chile. I was influenced by painters like Aurora Mira & Marcela Donoso. Also by all sculptors of statues on the cemeteries that i have visited in Chile specially by Rebeca Matte.

Who write the lyrics, and which are your favorite writers?

Sábila: We both write the lyrics, but most was written by me. My favorite writers are "Maria Luisa Bombal"& "Horacio Quiroga". I mainly read chilean poetry like: "Vicente Huidobro," "Pablo de Rokha" & "Oscar Castro."

Mist: I'm a great fan of all kind of books about vampires. 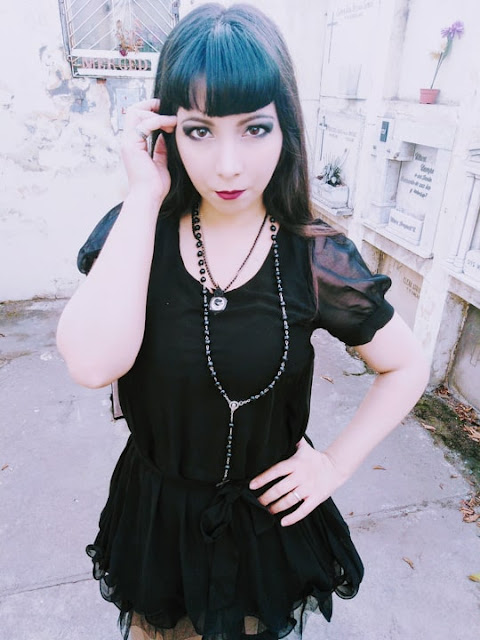 - Why you choose spanish for sing your songs?

- Mist: Because is my favorite language. And i love how is spelled.

- Sábila: In my case, i like reversed vocals/languages, when i was a child i have a true fascination with put all my cassette tapes in reverse in the 90's. All this begin after see The Exorcist to my short 6 years. 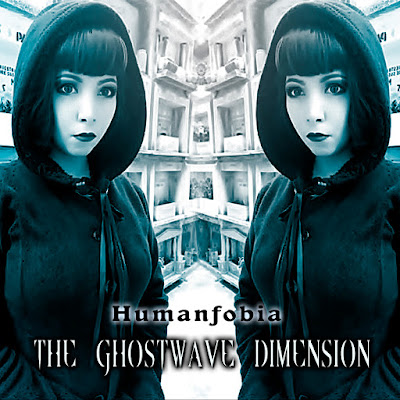 - Which is your favorite Humanfobia song or album?

- Mist:  Maybe Geisha Fantasma, La Llorona, Ataúd Solitario and the full collaboration ep with the brazilian project The Adverse Event. From our latest album (The Ghostwave Dimension) love the result of: "The Bloated Woman."And also i like songs sung by Sábila like: "Enki" and "Satan danza en el Vaticano".

Sábila: "Winchester Curse". And for me our latest long duration album "The Ghostwave Dimension". Is my favorite at the moment, i feel that really express all about Humanfobia world.

Mist: My favorite are the artists who made collaborations with Humanfobia:

- How affected the covid-pandemic to your music process this year?

A little maybe. Less time for create music and had to dedicate more to work for survive.

Sábila: More music of course. The full long duration 2021 album is ready 14 tracks in total, we hope that will be out during January or February. The title and the artwork is not finished yet.

Posted by Internet Daemon (ex-Cian Orbe) at 9:23 AM